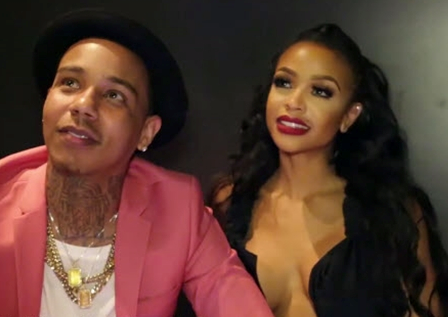 Yesterday rapper Yung Berg was arrested in New York after attacking his girlfriend at the Gershwin Hotel.
Did Berg snap because his credit card was declined..?

The girlfriend in question has been identified by Page Six as Yung Berg’s Love and Hip Hop Hollywood co-star Masika Tucker.

Masika’s friends tell TMZ Yung Berg attacked Masika after he balled out all night at the club and then had his credit card declined, sticking Masika with the bill.

Back in the room Masika and Yung Berg got into an argument about the money and that’s when Berg grabbed Masika by the neck, pushed Masika to the floor, punched Masika in the face and dragged Masika out of the room by her hair.

Yung Berg was arrested and booked on ‘obstruction of breathing’ charges.

It’s reported that friends are saying Masika has already forgiven him and blames the incident on alcohol.