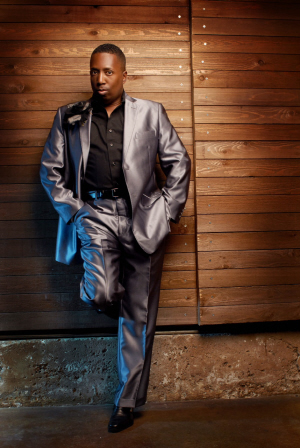 Gary With Da Tea has been a standout personality on various platforms for years. His ever-popular Colour of the Day, fashion reports, entertaining celebrity news segments known as Gary’s Tea are can’t-miss features for listeners of the nationally syndicated radio program “The Rickey Smiley Morning Show” and viewers of “Dish Nation”–a FOX TV show seen weekdays in over 116 markets.

Gary began his career at KJMZ/Dallas, starting as a frequent call-in listener, and ultimately being hired as a co-host on “The Russ Parr Morning Show.” At every station appearance and community event, listeners flocked to meet the man who poured “The Tea” and made them laugh in the mornings.

In addition to working in radio for over a decade and on television for 8 years on “Dish Nation,” Gary With Da Tea has acquired acting credits in the film “The Last Stand” starring Kevin Hart and Tami Roman, and on stage in various Shelly Garrett productions.

Gary With Da Tea holds a Bachelor’s Degree from Northwood University and is a proud graduate from the American Broadcasting School. During his multifaceted career, Gary has remained active in the community. He has been an Ambassador for AIDS Walk Atlanta and Dallas, advocated for mental health, survived cancer and used his platforms to encourage others to get checked.