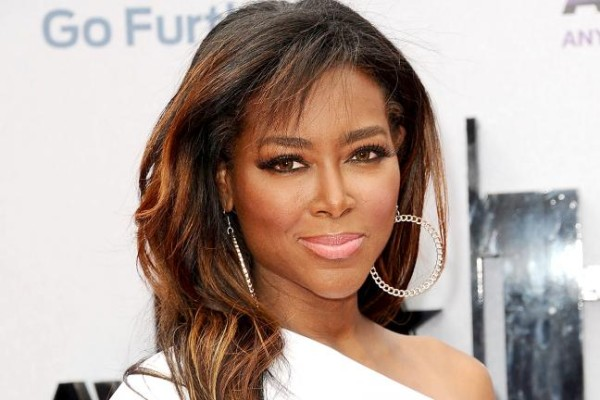 Kenya Moore has taken sides in the feud between Wendy Williams and her “Real Housewives of Atlanta” co-star NeNe Leakes.

When asked about the feud, Kenya defended Williams on Twitter as she tweeted:

NeNe isn’t the only “RHOA” cast member offended by Wendy Williams and her take on their lives. Porsha Williams reportedly labeled the daytime TV fixture as “less than a woman,” while NeNe called her “the lowest of the low.”

Kenya’s support of Wendy Williams comes as no surprise since the ladies have been on good terms with each other since Kenya’s first appearance on Williams’ talk show. On the flip side, anyone who watches “RHOA” knows well how Phaedra and NeNe make no secret of their problems with Kenya, who encouraged her reality TV sisters to learn how to deal with the opinion of others.

“#teamwendy some people can’t take criticism it’s really not that serious. The truth hurts it u don’t have to believe it,” she wrote.

As for NeNe, she’s attracted her fair share of enemies beyond Williams and Kenya. Among those who have issues with the former “Dancing With the Stars” competitor is LaToya Jackson. Both women were definitely not on the same page together as they reportedly had a difficult time getting along and working together while co-starring on “Celebrity Apprentice.”

Nevertheless, LaToya did offer a bit of advice for those trying to deal with NeNe during an appearance on “Hollywood Today.”

“I’m not used to girls like that who are constantly picking because where there’s hate I send love in place of that, and that’s what I did with [NeNe],” she told the audience. “What I’ve learned throughout the years is that sometimes you have got to stand up for yourself. You have to fight back… I think Wendy Williams could extend a hug to NeNe.”