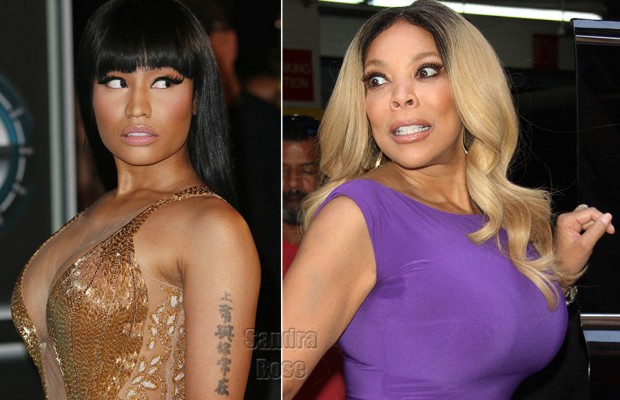 Wendy Williams claims Nicki Minaj’s reputation proceeds her. In fact, she says that the mega star is known for being super difficult to work with. While discussing Minaj’s recent fall-out with shoe designer Giuseppe Zanotti , Wendy says she doesn’t believe it was a race thing, but an attitude thing. The talk show host says,

Nicki, everybody knows you have a reputation for being very difficult to work with. And maybe the headaches you give people are not worth working with you.

There’s something about your reputation Nicki, that has followed you almost since your career got started and doesn’t seem to be getting any better. And that maybe is why you’re not in the new Ocean’s 8 movie.

Wendy also claims that Nicki lost her role on ‘Ocean’s 8’ to Rihanna, because of her rep.