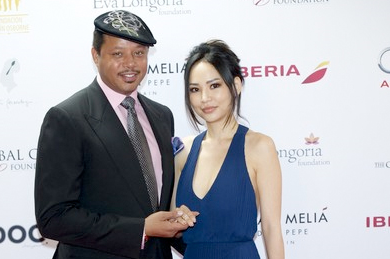 Terrence Howard is about to become a dad for the fourth time and he’s dishing on when the baby will be making its arrival. Also, the actor became a granddad for the second time, welcoming his new grandson last week. Get the latest inside….

“EMPIRE” star Terrence Howard stopped by “Live With Kelly & Michael” this morning where he dished on all the new, exciting baby news in his personal life. He just welcomed a grandson AND he’s preparing to welcome a new baby boy of his own!

While chatting it up with Kelly Ripa & Michael Strahan, the 45-year-old actor revealed he became a granddad for the second time last week after his eldest daughter Aubrey gave birth to her son named Adrian, joining his two-year-old granddaughter Hazel Gayle.