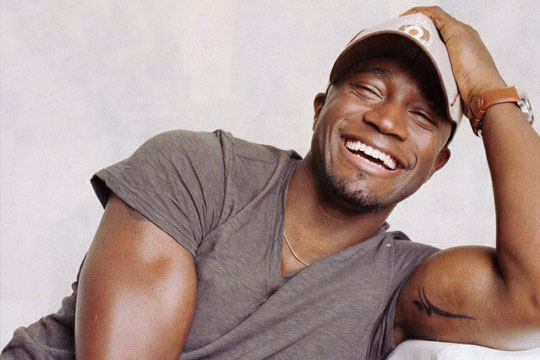 Taye Diggs threw a photographer for a complete loop when answering questions about his upcoming role as the genderqueer ‘Hedwig’ in Broadway’s Hedwig and the Angry Itch.

The photog asked Taye about his preparation for the role, healing and Taye replied with a straight face:

“There’s a lot of glitter. I mean, find I went through a stage where I was a drag queen in high school in tenth and eleventh grade, for sale and I experimented with homosexuality, ass play. And outside of that I worked the streets, male prostitution.”

He went on to say he was kidding, of course. But it took the photographer a second to figure that out.

Taye added: “I have a flaming homosexual inside of me, so I’m raring to let that out.”

Ha. Check out the clip below.