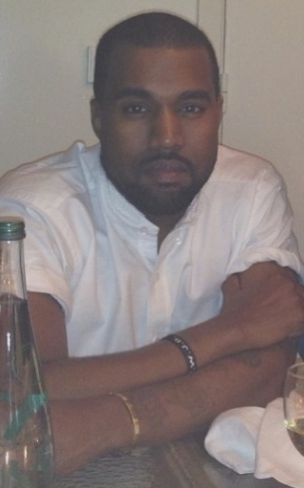 Kanye West rushed to the hospital in Melbourne, Australia hours before taking the stage…

Loraine Terry was at the hospital with her daughter when Kanye was stretchered in by paramedics.

“My daughter was having an MRI. Shortly after it began, security burst in and cleared the area,” she tells Woman’s Day exclusively.

“Everyone was moved out of the waiting and consulting rooms. We were the only ones left apart from doctors and nurses – we couldn’t leave as the MRI wasn’t finished.

“Next thing we knew, Kanye was stretchered in surrounded by security. He had one side of his face covered with something white. We both knew it was him because we had seen his photo in the paper everyday and we were shocked because it looked so serious.”

Loraine says doctors were concerned the artist had suffered a seizure or was about to and requested an urgent MRI.

“Everyone was massively panicked,” she adds. “And they were very nervous about making sure the area was completely clear.

“At one stage, one of his security men saw my daughter, who was lying on the MRI machine, turn her head and he insisted she had to go. We weren’t even properly finished.”

Though the cause of his illness remains unknown, Woman’s Day understands Kim Kardashian, who is in the country to support her husband on his Yeezus tour, was not by his side.