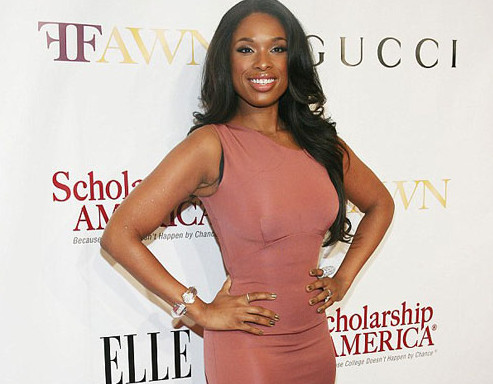 Over the last few years, we’ve seen Jennifer Hudson drop major pounds as the spokesperson for Weight Watchers, and judging from a few new photos, she’s at her smallest size ever.  This week, photos emerged of the actress in a bra and jeans combo and reactions from her fans varied, with some feeling as though she’s too thin [earlier in her career, she was told she was too big, so it seems as though she can’t catch a break!] It’s true that Jennifer looks even slimmer than usual, but it’s because she had to lose  weight for a new movie titled The Inevitable Defeat of Mister & Pete, where she plays a heroin addict named Gloria. Back in October she told Huffington Post:

They did request that I lose about 10 pounds for [the movie.] I don’t know that I did. [Laughs] But for “Winnie,” I did. But for this one, it was just like, “Oh, if you could lose a little more weight.” But I did learn eventually that with heroin addicts, in doing our research, that it’s not necessarily like a physical thing where you’re too thin or too heavy.  [Director George Tillman Jr.] had this thing where Gloria was so into her drugs that she sacrificed the food, like, “I don’t want to eat, I just want to get high.” So that’s what stemmed her to look like she’s lost weight or she wasn’t eating or taking care of herself.