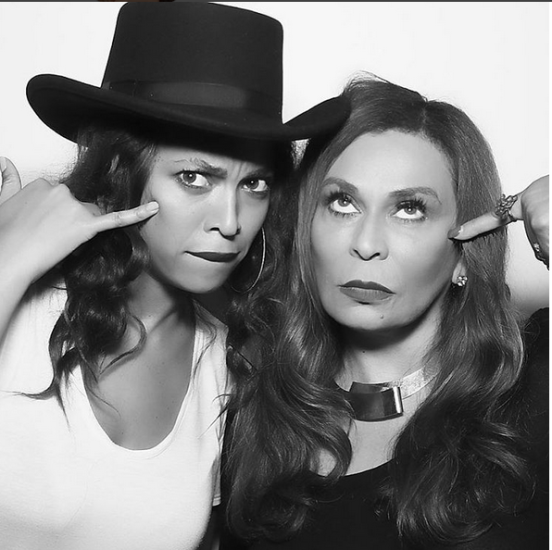 Remember during Sunday’s BET Awards when Beyonce KILLED her opening performance with Kendrick Lamar and then quickly left the building??? Well after her mom Tina Knowles claimed that it was because she had a concert in London, sickness several BeyHive members called foul.

Tina has since taken to her Instagram to shut down the accusations in a series of (very) lengthy paragraphs. According to Ms. Tina Celestine she made a mistake concerning the date of Bey’s next show but it was NOT on purpose. Instead she was given the info by a Beyonce staffer.

“Hello guys first let me say I just got a wind of the mess that has festered since last night ! The fact that I supposedly lied about my Daughters concert . First of all I did make a mistake on the city and the day .

I asked why did she have to leave early and was told by a member of her staff that “she had to get back in time for her concert ” and that she actually should have been there 2 days before, cialis as the tour has been down for a month I assumed the date was Monday and the city was London well it turned out to be in the Uk but wrong city and on Tuesday.

I want to point out that there is a nine hour time difference and it is an eleven to 12 hour Flight that equates to 19 – 20 hrs to get there! I then want to ask what would be the point of lying to the public and knowing that anyone could see when the date was. Any one with good sence [sic] could see that !”

l and accused her of lying.

She then went on to detail the hurt and disappointment she feels because of her daughter’s “sacrifice.” According to Ms. Tina Bey paid out her pocket to perform at the awards and had only one day to rehearse. Furthermore she did this after hopping on a plane to leave Solange’s birthday bash in Mexico.

I am hurt and disappointed because I know what kind of work, site sacrifice , and personal Money it took for her to do this show and support the Bet Award show and to give her fans that did not get to attend the concert a piece of her show. (Even though it means she has one day to rehearse herself and dancers after being off for a month) That was really important to to her. Although everyone told her this is going to take a toll on your tour because you will only have one day to rehearse and you and the dancers will have been off for a month.

You will be exhausted because you get to the states on Thursday rehearse for Bet fly to Mexico to be with your Sister for her Birthday on Friday get back to La on Sunday and start rehearsals at Bet At 7 am . (Who else would get three hours of sleep like that? ) Book a huge private plane to carry your dancers and creative staff and choreographers road Managers and pay for it out of your own pocket. Who does that? Tina ended her first post with this; “I owe no one an explanation.”

Please understand that I absolutely am not doing this for anyone but my self ! I know I owe no explanation to anyone but I am tired of people writing my story. So I chose to tell my own ! Thanks for listening??continued on next post.