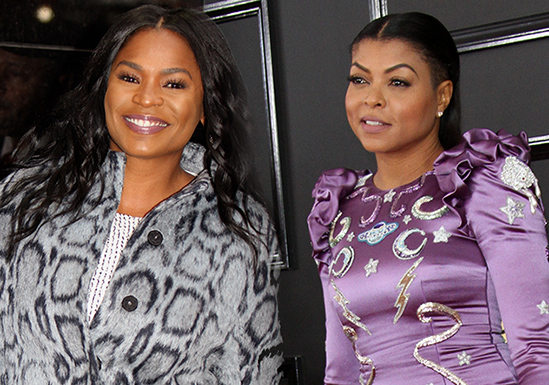 Actress Nia Long reportedly terrorized everyone on the set of Empire. The show’s makeup team were so shook that they filed a formal complaint against the sultry A-lister.

But she seems so nice…

According to gossip tabloid TMZ, Long clashed with the show’s star Taraji P. Henson, and the show’s makeup team complained bitterly about her “rude” behavior.

Long’s people called BS on the reports, saying the producers were stirring up trouble to boost ratings for the season 3 return on Wednesday. They say producers leaked similar stories about Henson warring with special guest star Vivica A. Fox on the set.

Via TMZ — “Our sources say in the history of the show the hair and makeup people have only filed one formal complaint for mistreatment … and that was against Nia. The hair and makeup people say she was extremely disrespectful … at times deciding she didn’t like her look at the last minute and then chewing them out. The sources say there have been numerous guest appearances on the show — “from rappers to Demi Moore, and no complaints were lodged against anyone but Nia.”